Our “Beginning and End of the World” Seminar is Postponed until 30 July.

Mark your calendars for this extra special event.  Get a better understanding of Genesis and the steps God took to create our Universe and then how God will wrap things up in the not too distant future.   Please pre register, so we have a count for lunches but the seminar is free, though a free will offering will be appreciated.

Email [email protected]  to reserve a Chik-fil-A lunch.    Thanks.

5 seats are still open as of 20 April

For info on this trip, please send an email to:  [email protected]

Darwin admitted as much in his 1859 book, but hoped that someday fossils would confirm his theory.  But its been the opposite.  After 160 years of discovering millions of fossils, there is no evidence that evolution actually occurred.   See what German paleontologist, Gunther Bechly has to say.  (He was a former evolutionist until he realized evolution never happened.) Click below:

“Dismantled: A scientific deconstruction of the theory of evolution”   Our price: $18. includes US postage. 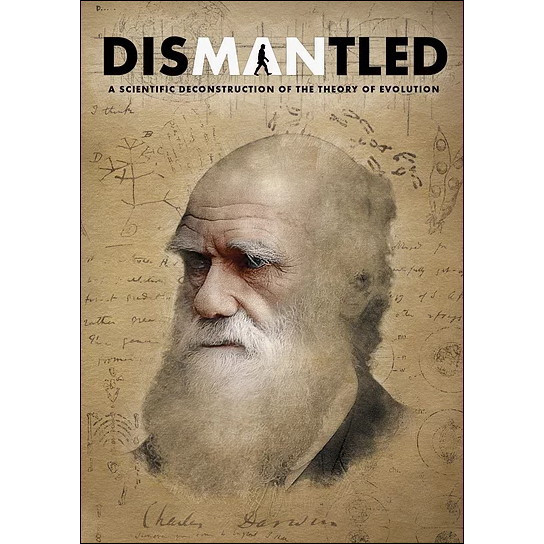 Get your copy now:  Send an email to  [email protected] with your mailing address. We will email you a secure link for an online credit card invoice.

Or we can deliver (In QC area) or will send via media-mail to you when paid. Include your phone number to make contact on payment with a credit card, if needed.  Or send your order with mailing address, a check made out to QCCSA to:  QCCSA/ Grace Church; 5520 Eastern Ave., Davenport, IA 52807.  Thank-YOU.

SPIKE PSARRIS will be here on Sunday evening, June 5, 6pm at Grace EFC.

Each time a comet passes around the Sun, they leave a trail of cosmic dust and grit in their wake. They are disintegrating and lose a lot material on every pass through the solar system. As the earth passes through this debris field, a shooting star is really a small piece of rock or dust that hits Earth’s atmosphere. These pieces heat up and glow for a moment as they are burned in our atmosphere.

These meteor showers from the debris of disintegrating comets is a very real piece of evidence for a young solar system, created by God only thousands of years ago.  If the solar system was really billions of years old, there should be no more comets. There is no known source (The Oort Cloud has no evidence that it exists) to replace comets and no feasible way they can last for even millions of years while losing material on every trip around the sun.

Learn more about what Creation Astronomy teaches us in any one of these DVDs. We have them at a special price. They are by SPIKE PSARRIS, a Former Engineer at the NASA Military space program. They are well done, easy to follow and are filled with amazing photos from NASA archives.

To order:  Send an email to [email protected] with your mailing address. We will deliver or send via media-mail to you when paid. Include your phone number to make contact on payment with a credit card. Or send your order with mailing address, a check made out to QCCSA to:

Its Over!  Darwin Proven Wrong

A new article published results from a major study of mtDNA in May 2018 – says that many species came into existence about the same time, much closer in time than previously thought: (emphasis mine)

“In analysing the barcodes across 100,000 species, the researchers found a telltale sign showing that almost all the animals emerged about the same time as humans.”

Comment:  That means that Humans could NOT have evolved from apes or anything else!  The authors, who are evolutionists admit they did not like this result, and “…fought against it as hard as I could,”.  But it is there.  The authors and the article author try to spin this into a discussion of genetic bottleneck, but the result –  after the bottleneck or catastrophe – is that all species emerged at the same time.  Think deep about that.  No matter how you spin it, this means there is no time for Darwinism.  No evolution of humans from apes and apes from a mouse-like creature which we are told lived 65 million years ago.

And —another unexpected finding from the study—species have very clear genetic boundaries, and there’s nothing much in between.

“If individuals are stars, then species are galaxies,” said Thaler. “They are compact clusters in the vastness of empty sequence space.”

The absence of “in-between” species is something that also perplexed Darwin, he said.

Comment:  ​This last part indicates that Darwin’s Tree of Life is DEAD.  Its been in very deep trouble for decades.  This is the death knell.  The data shows that the Creation Orchard is much more consistent with the science of genetics.  (the creation Orchard refers to the concept of Created Kinds of Genesis – that is close to the Family level of biological classifications.)  Each Created kind  reproduces after its own kind, but with a lot of variation in coloring size and physical traits – but never turns into another ‘kind’. I.E. a pair wolf hounds gave rise to all breeds of dogs, as well as wolfs, foxes, hyenas, etc. but nothing like eagles.  There is variation for sure within the ‘Kind’, but no kind turned into another kind (IE an amphibian of some type morphing into a T-Rex).  Genetics does not allow this.  Notice that the authors refer to the distances between animal clusters (Created ‘kinds’- or Family level) as being on a par to the distances “between galaxies”.   Amazing. ​

As far as the time frame goes – (200k – 250,000 yrs) – that is based on the Genetic clock used for mutation rates.  In the late 1990’s a genetic clock based on actual observed mutation rates put ‘Mitochondrial Eve’ – the Mother of all Humans, about 6,000 years ago.  Evolutionists changed the clock because they did not like that result.  So another clock was develop based on the assumption that apes evolved into humans.  Change the clock on this assumption (which is not proven, use a little circular reasoning) and presto – you get the oft used number of 200-250 kya.

Do you know the difference between ‘Natural Selection’ and ‘Evolution’?

Today many people regularly confuse the terms of “natural selection” (variation within a created Kind) and “evolution” (meaning the major changes over time from Microbes to Mankind). These are two very different concepts and should not be confused.
“Natural Selection” means some existing characteristics of a genus or species can become more dominant or less dominant. This includes the length of beaks in finches and the dominant coloring of moths, and even dominant hair and skin color in humans. This variation can be controlled by humans (i.e. dog breeding) and can also happen naturally due to droughts and other natural causes. But, there is never a whole new ‘kind’ of animal evolving. Unfortunately there are many text books that give several examples of natural selection, and then say this proves evolution. You don’t have to think very long to realize that there is something wrong with that statement. Having the numbers of mostly darker or lighter colored moths change statistically over time does not prove Darwinian evolution.  The moths will not evolve into eagles or a new creature. In some text books it is admitted no new species evolved. Yet many evolutionary books will confuse the 2 terms and try to lead unknowing students into believing in evolution. But, no examples of real Darwinian evolution are given.

Creationists before and after Darwin, do not disagree at all with natural selection – or Micro- Evolution as some call it. But Natural Selection will never change a worm-like creature in the sea into oak trees, giraffes, eagles and people. The late S.J. Gould (Harvard university) wrote in Scientific American, (Oct 1994) “Natural selection is therefore a principle of local adaption, not of general advance or progress.” (meaning it does not advance the evolution of more complex creatures.)
Considering Darwin’s finches – those with larger beak allows them to eat harder seeds when soft seeds go into short supply. So they survive and breed, while their small beaked cousins die off. Natural Selection does cause variation in the frequency of specific traits – but always within strict limits. It actually was a creationist who broadly discussed this idea before Darwin. Edward Blyth wrote three major articles on natural selection that were published in The Magazine of Natural History from 1835 to 1837. Blyth correctly saw the concept of natural selection as a mechanism by which the sick, old and unfit were removed from a population; as a preserving factor of a created kind. But Natural Selection never creates new and usable information. There is NO mechanism genetically for Darwin’s theory to create new information. Modern genetics has proven Darwin completely and absolutely wrong. Only people who do not research much into Genetics still believe this can happen.

Pierre P. Grassé, one of the most distinguished of all French scientists, published a book, “L’Evolution du Vivant” -and his conclusion is even stronger – that biology is impotent in explaining the origin of species, and must yield to a supernatural explanation.  It is just a game of words. And it is not even close. It is far more logical to accept that there is a creator God. And yes, many evolutionists have admitted they have no mechanism to advance from one species or ‘family’ to another.  Darwinian evolution simply has no proof – None – Not when you look a little bit into the details.

Why is this topic of Creation Science important?

We live in a culture that has high respect for science – but there is a mistaken view that Christinality and science are not compatible. When Chrsitians are confronted with the supposed ‘fact’ of evolution and Big Bang theory they often lose heart. They have no answers. Especially for themselves and then they are weakened in their Faith and many young people even walk away from the church. That is not necessary – if we only help them see that Christinaity has answers and actually better ones than atheists have. Please watch this 5-6 minute video to understand why creation science is needed in our culture and can strengthen the church in general.

Have a suggestion or question? Send an email to [email protected]

– You can also drill down and see the articles.

Do you get Acts and Facts?

This is perhaps the best free magazine on earth.  A monthly magazine from Institute for Creation Research (ICR).   One of the grand-daddy’s of Creation Science organizations.  It is chock full of interesting short articles on creation and recent developments in science in the field of origins.  We heartily recommend it.

to sign -up go to:    http://www.icr.org/icr-magazines
(Evolution!)  “It is choking us and holding us back … Every single concept advanced by the theory of evolution (and amended thereafter) is imaginary as it is not supported by the scientifically established probability concepts. Darwin was wrong… The theory of evolution may be the worst mistake made in science.”
-I.L.Cohen, Mathematician & Researcher, Member of the New York Academy of Sciences and Officer of the Archaeological Institute of America, Darwin Was Wrong – A Study in Probabilities, PO Box 231, Greenvale, New York 11548: New Research Publications, Inc. pp 6-8, 209-210, 214-215..

“Every history of the 20th Century lists three thinkers as preeminent in influence: Darwin, Marx and Freud.

Phillip E. Johnson (1940) is a retired UC Berkeley law professor and author. He became a born-again Christian while a tenured professor and is considered the father of the intelligent design movement.

Click here to CONTACT QCCSA and send a comment or to schedule an event on the truth of Creation – at your church, Youth Group, or Civic Organization.  You can also ask to be added to our mailing list for notices of coming events in the Quad-City area.

You are welcome to come check us out. Call 563-449-8111 and leave a message with name, best time to call back and return number. Please repeat number.